At some point, everyone’s eaten some form of French bread pizza.  Maybe it wasn’t on French bread.  Maybe it was on a bagel or on an English Muffin.  No matter how you’ve had it, I’m pretty sure you have all had it at least once.  And for a Chicagoan that has access to really good pizza any day of the week, it’s a wonder that I’m even writing a post about a different form of pizza that isn’t Chicago-authentic or technically, even pizza.  The thing is, there’s just something about making pizza on French bread or a bagel or an English Muffin that is so appealing.  It seems to work when I’m craving pizza but don’t necessarily want a standard pizza.

Problem is, I’ve had some really bad French bread pizza.  And I’m thinking you have too.  Crispy exterior and soggy, sauce laden interior?  Or perhaps soggy bread and over-cooked cheese?  No matter what was off about it, It’s still somewhat tasty though, because after-all, it is pizza. What’s that saying?  Something is like pizza, even when it’s bad it’s still pretty good?  Yeah, let’s keep this blog family friendly.

Ahhh, I digress.  Where were we?  French bread pizza.  How to make it better than “bad, but it’s good because it’s pizza.”

After a lot of trial and error I have come up with a pretty awesome method for making pretty awesome French bread pizza.  This method works just as good if you want cheesy garlic bread.  Get rid of the sauce and follow the same method.  The key to my French bread pizza is toasting the bread with the melted butter-garlic-herb mixture before adding the sauce and cheese.  Doing so creates a toasty-barrier that protects the bread from getting soggy with sauce.  After adding the sauce, the cheese and another trip into the oven you are left with a beautifully crisp exterior with a slightly crunchy and buttery-garlic interior.  It’s simply heavenly.  Whether you’re using a loaf of French bread, bagel or English Muffin, use my method and starting giving “non-authentic” pizza a little love. 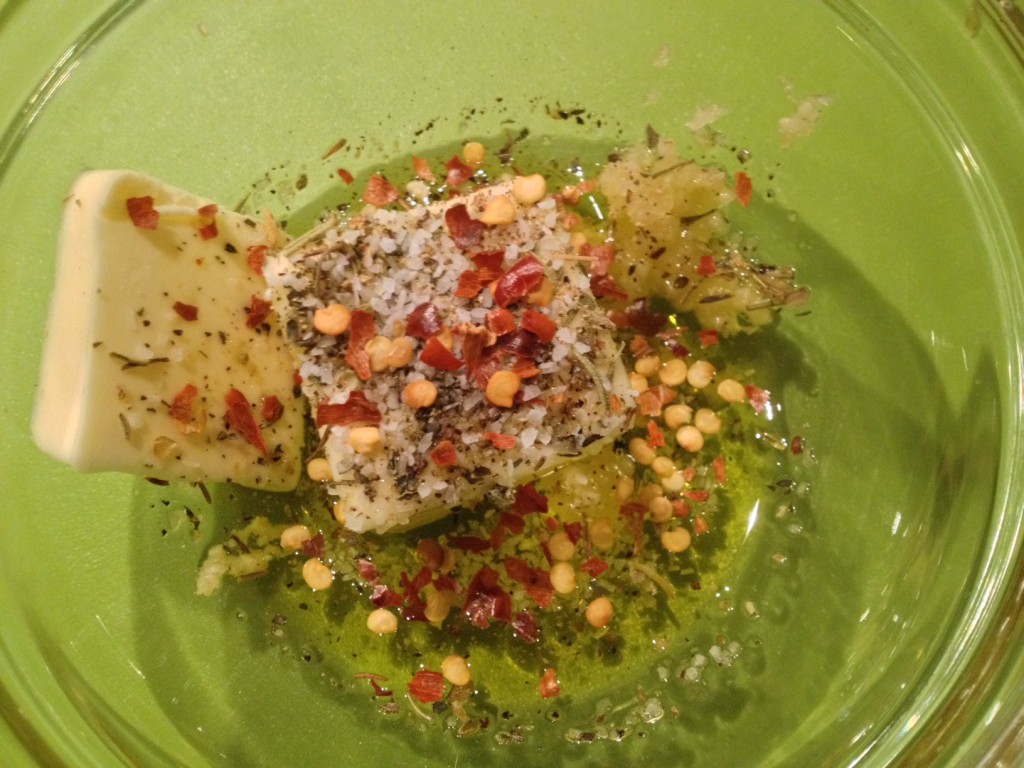 Start with a butter, herb and olive oil mixture. 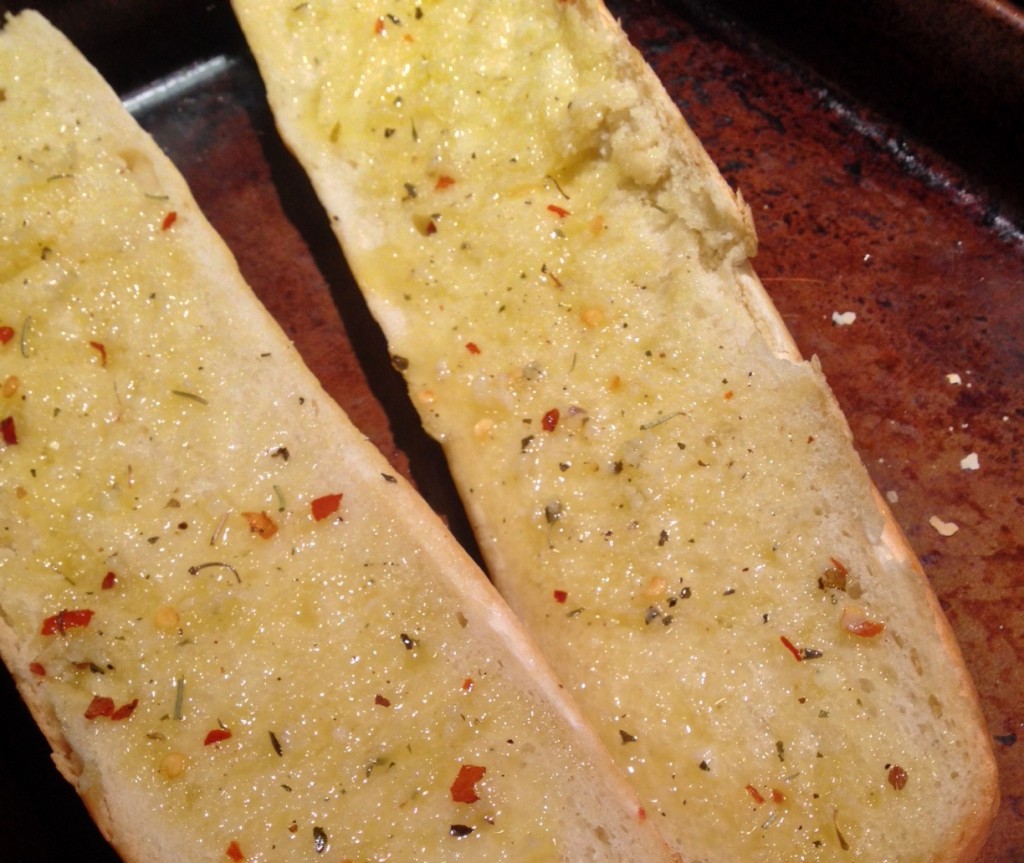 Spread butter and herb mixture onto bread before toasting. 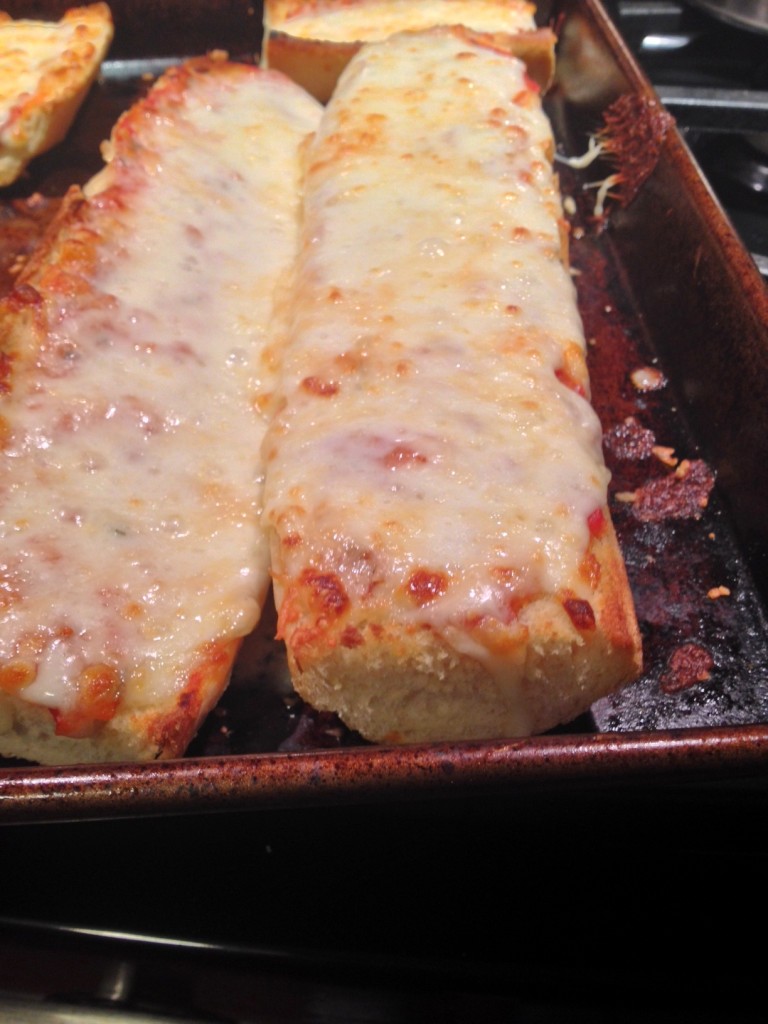 After toasting the bread, remove from oven, add the sauce and cheese. Back into the oven a bit more and this is what it’ll look like when you take it out. 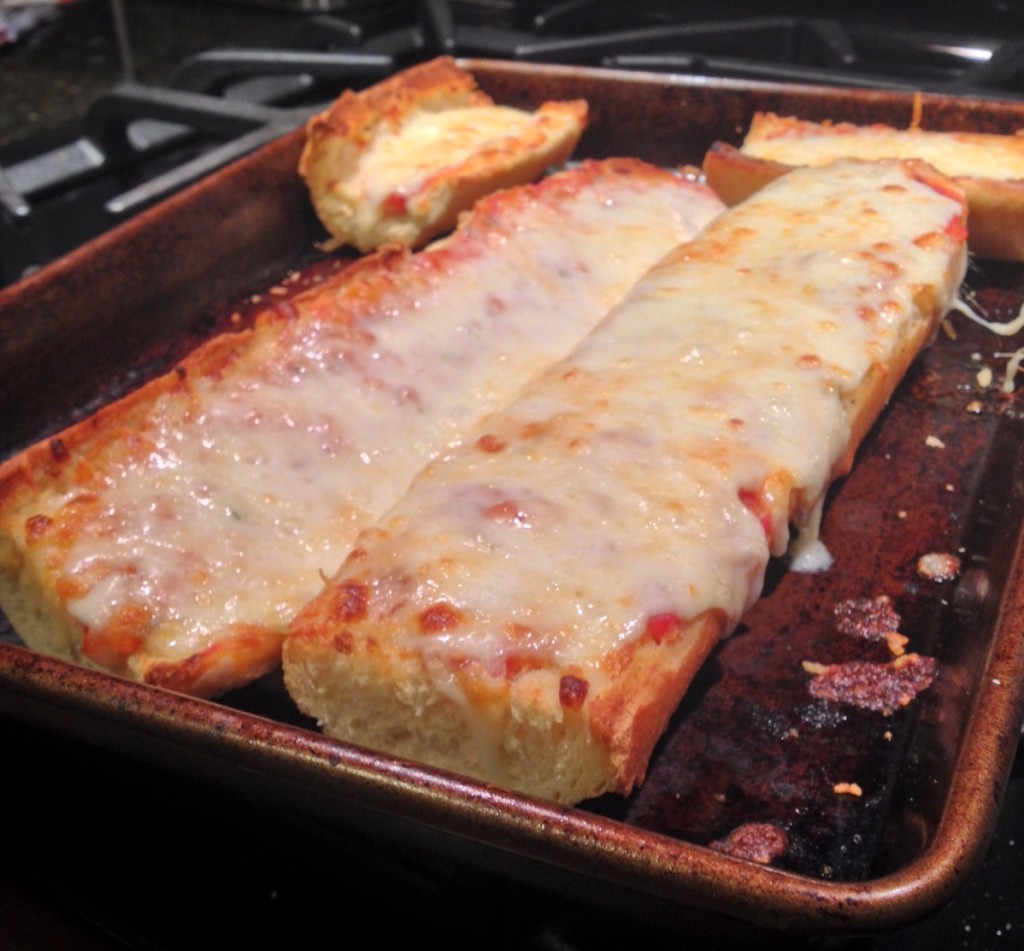 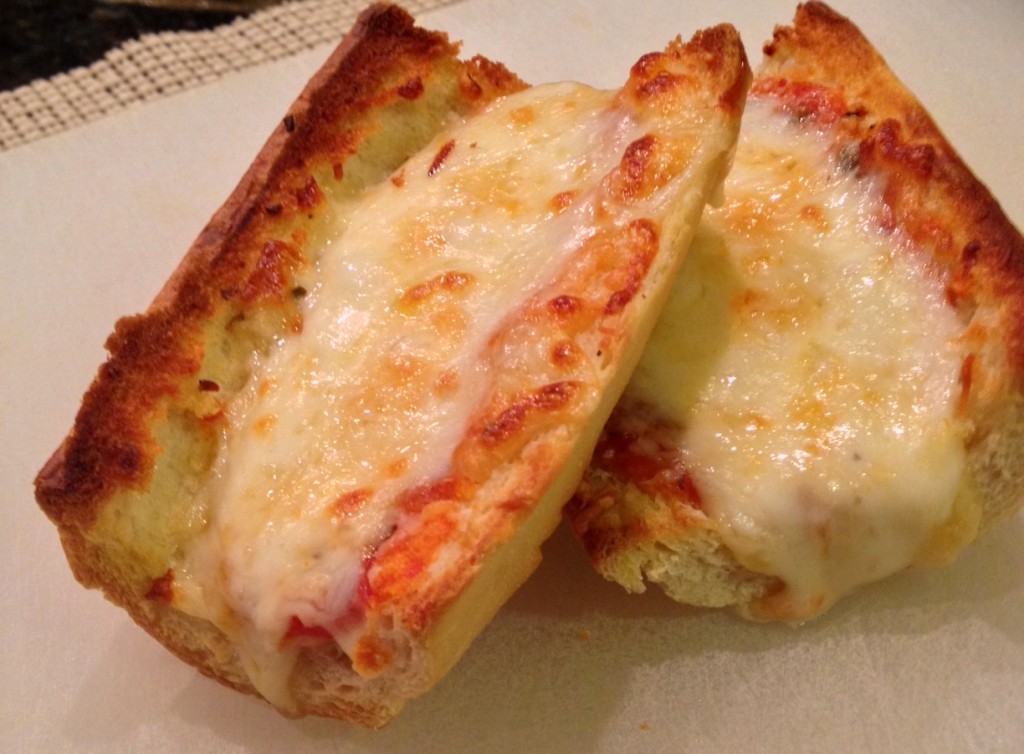 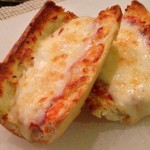