This recipe was inspired by Ara’yes, a popular Middle Eastern dish where seasoned ground meat is tucked into pita bread and grilled.  The bread gets crispy and slightly charred on the outside, while inside, the meat cooks and soaks the bread with rich flavor.  The end result is better than any cheeseburger you’ve ever had.  Even though traditional Ara’yes are made with ground lamb, I decided to put my own spin on this street food classic by combining ground turkey with Middle Eastern and Mexican spices.  In place of typical hummus, I made a smoky chipotle cream for dipping.  You can use whatever filling you like for your version of Ara’yes and they make great party appetizers!  One note – I used standard pocket-less pitas, which were okay but I recommend a pita with a pocket, Naan or my homemade pita bread, recipe found here! 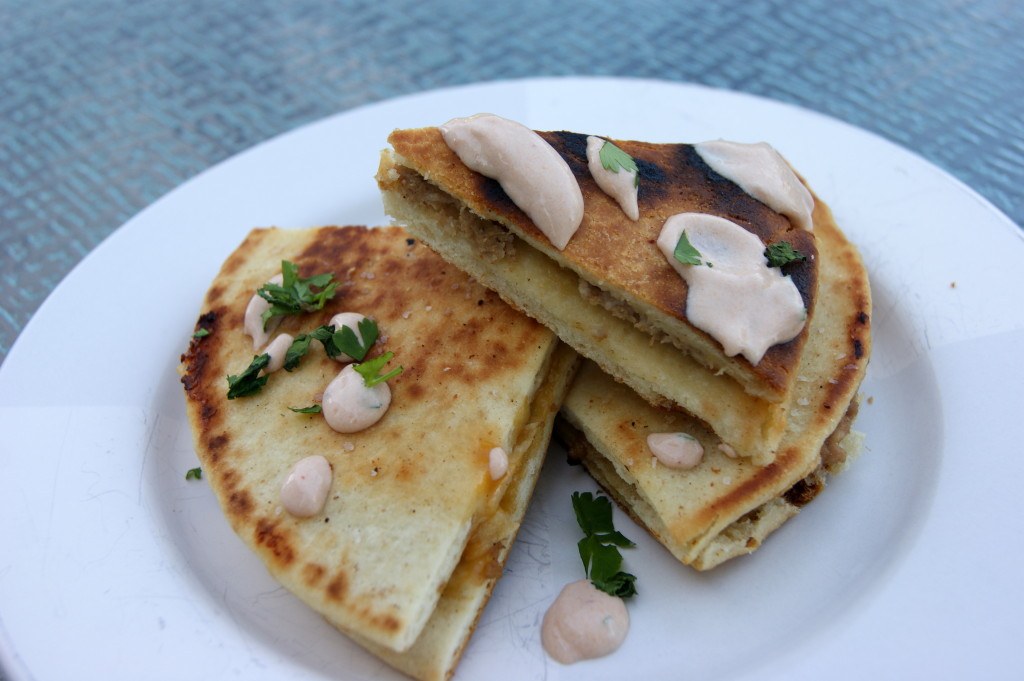 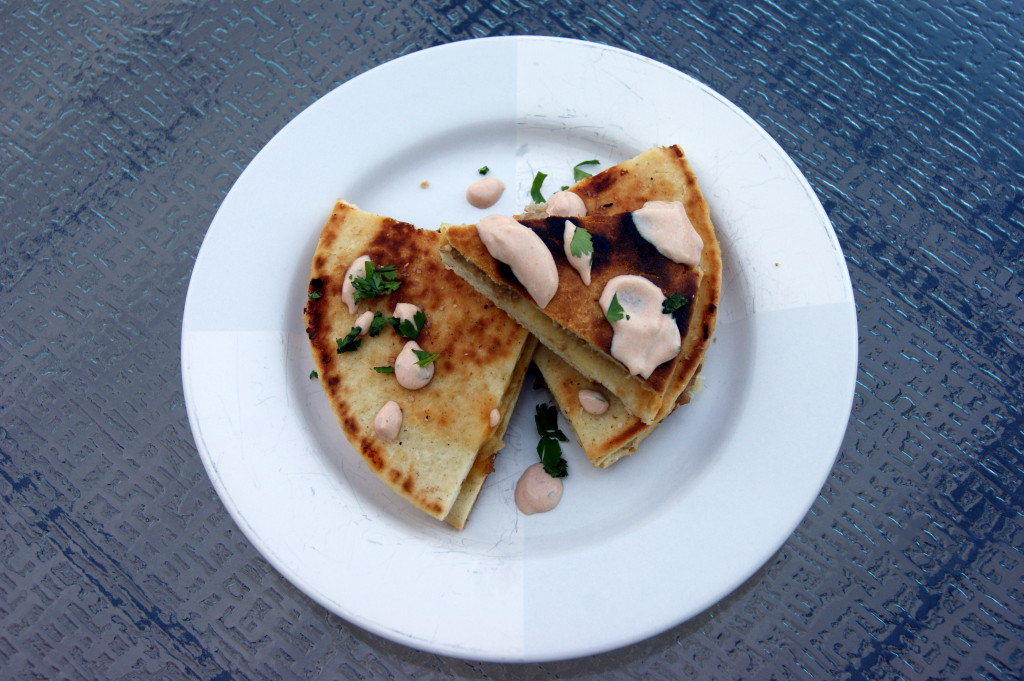 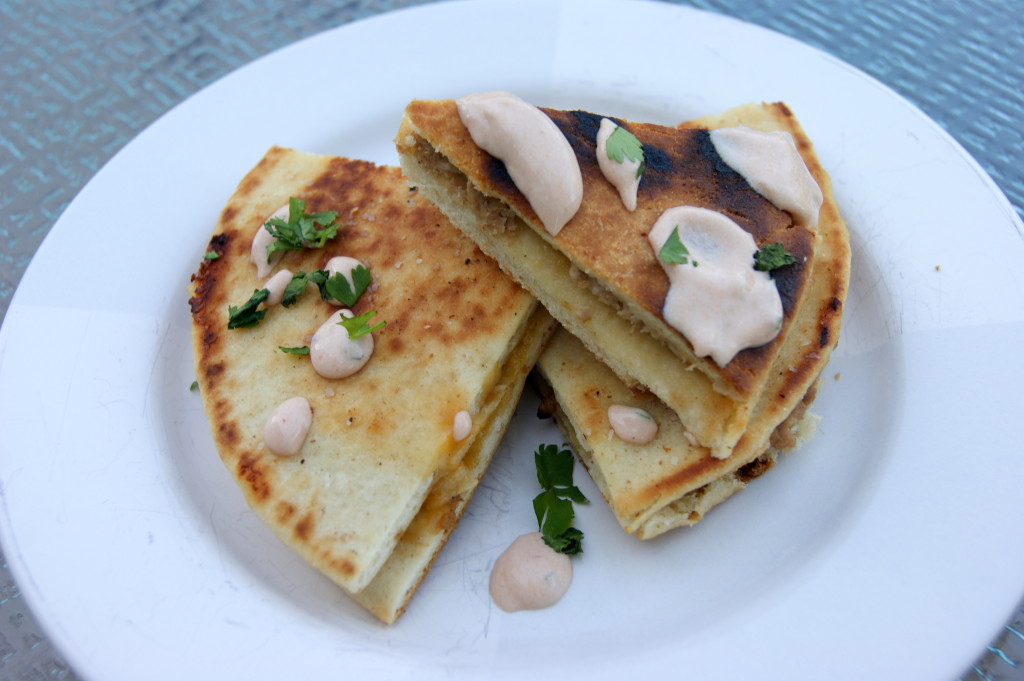 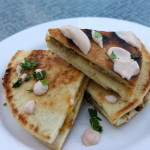