I don’t often develop and post baking recipes and there are a few reasons why.  First and foremost, my wife is the baker in the family.  She does it so well that I find it unnecessary to try and come up with anything else.  Secondly, culinary school is typically divided up into two tracts: savory and baking / pastry.  Every culinary student gets the savory lessons, along with a handful of courses in baking and pastry.  However, if you want to expand your baking knowledge, you can choose additional classes on that path.  I chose to focus on savory but I learned a lot about baking and pastry in the several semesters of classes that I had to take.  The baking classes I took taught me the principles of the bake shop and more importantly, about ratios.

Baking is often referred to as a scientific equation and in almost all instances, it is.  Savory cooking allows you more freedom to create as you go, which is what I prefer.  Baking is more precise as the ingredients all act and react off of one another.

Armed with this knowledge, I decided to come up with a breakfast pound cake the other day.  I am always trying to feed my kids something new for breakfast and I thought this Cinnamon Swirl Pound Cake would be perfect.  For one, I know the ratio for pound cake is equal parts: butter, sugar, flour and eggs.  It is one of the simplest ratios out there and hard to screw up.  However, with pound cake being so sweet and dense, I felt bad serving it to my kids for breakfast.  So, I added some cinnamon and cream cheese frosting and somehow, that made it seem more breakfast like.

The results were a smashing success.  The cake was luxurious, yet felt light and appropriate at breakfast.  Before serving a slice, I warmed it up in the microwave so the bread was warm and the frosting got a little runny.  It was like a cinnamon roll on steroids!

Just getting the batter ready… 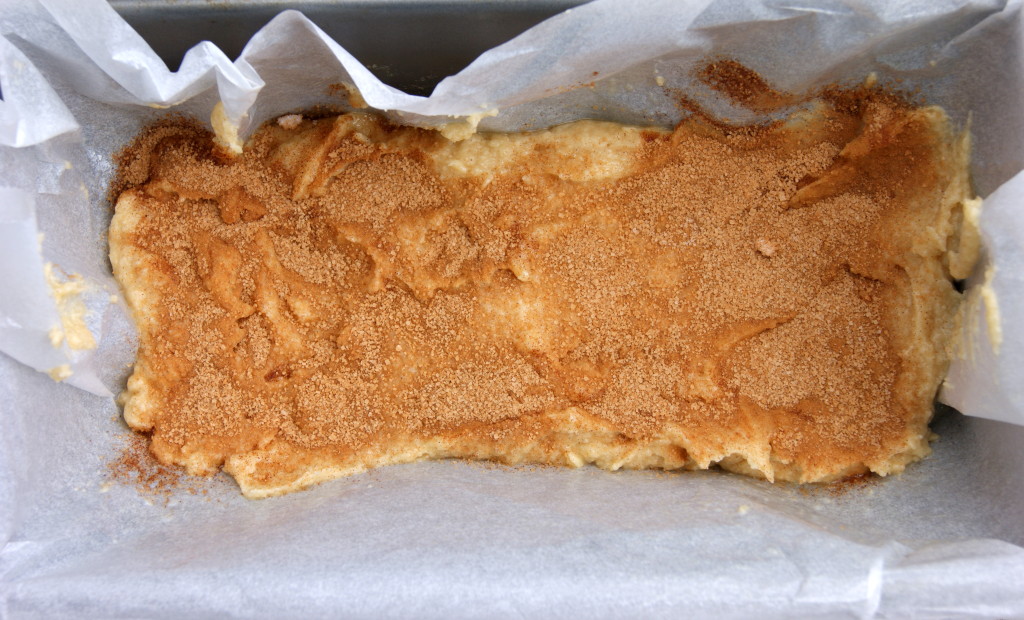 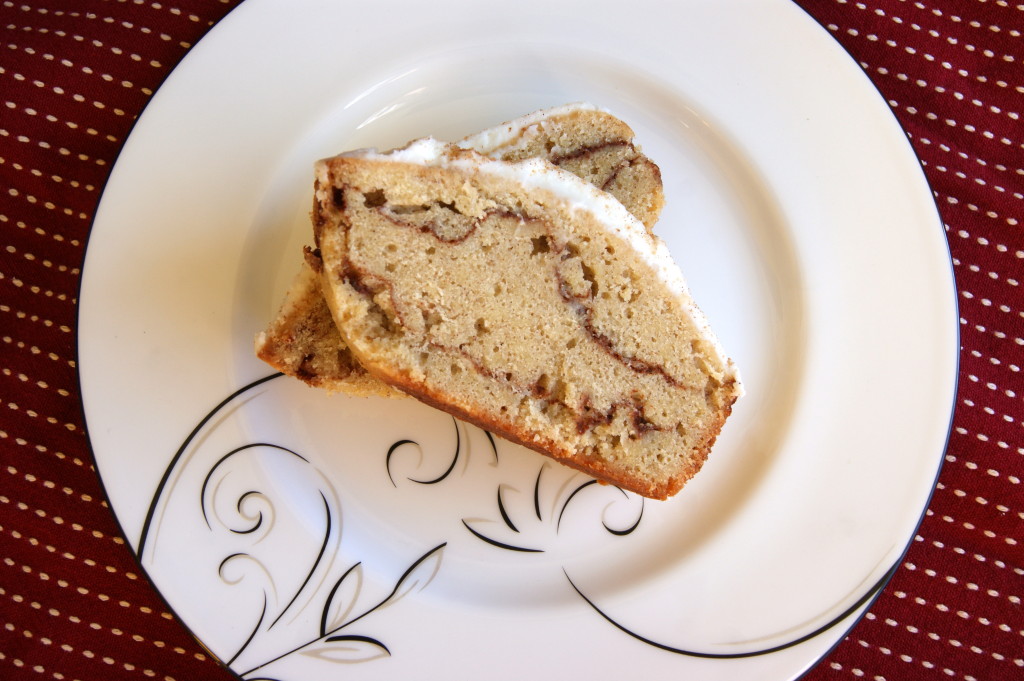 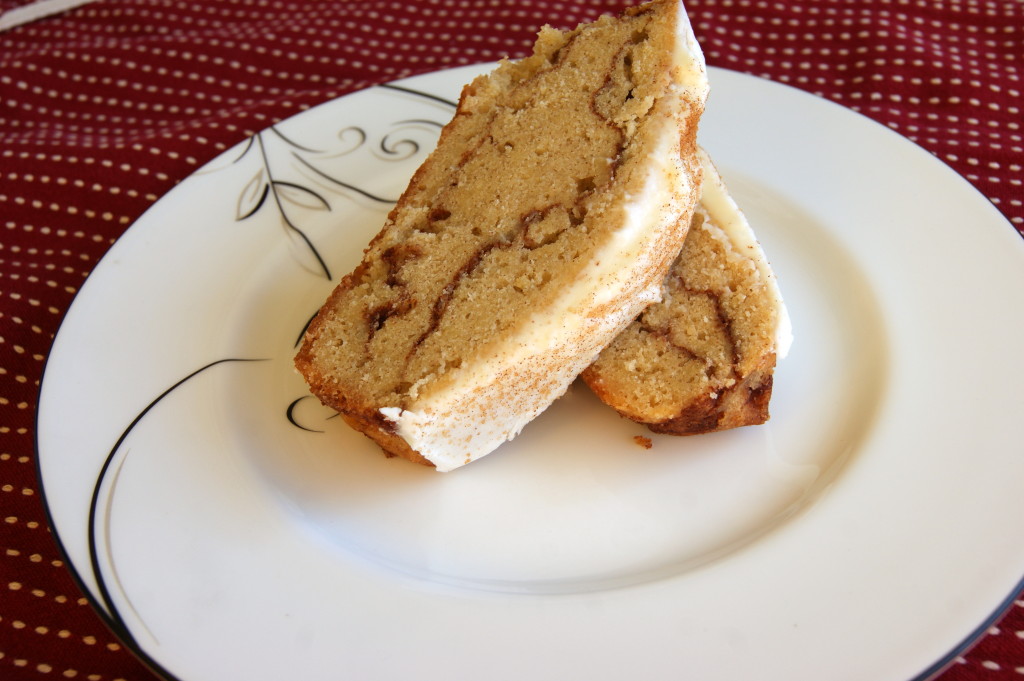 Warm for a few seconds before serving… 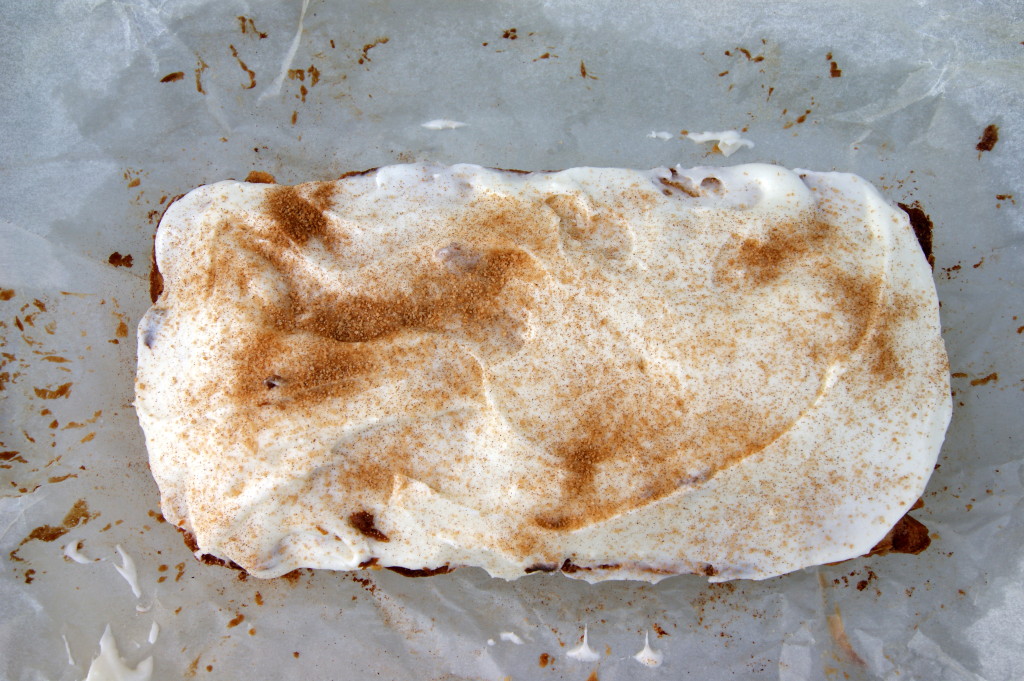 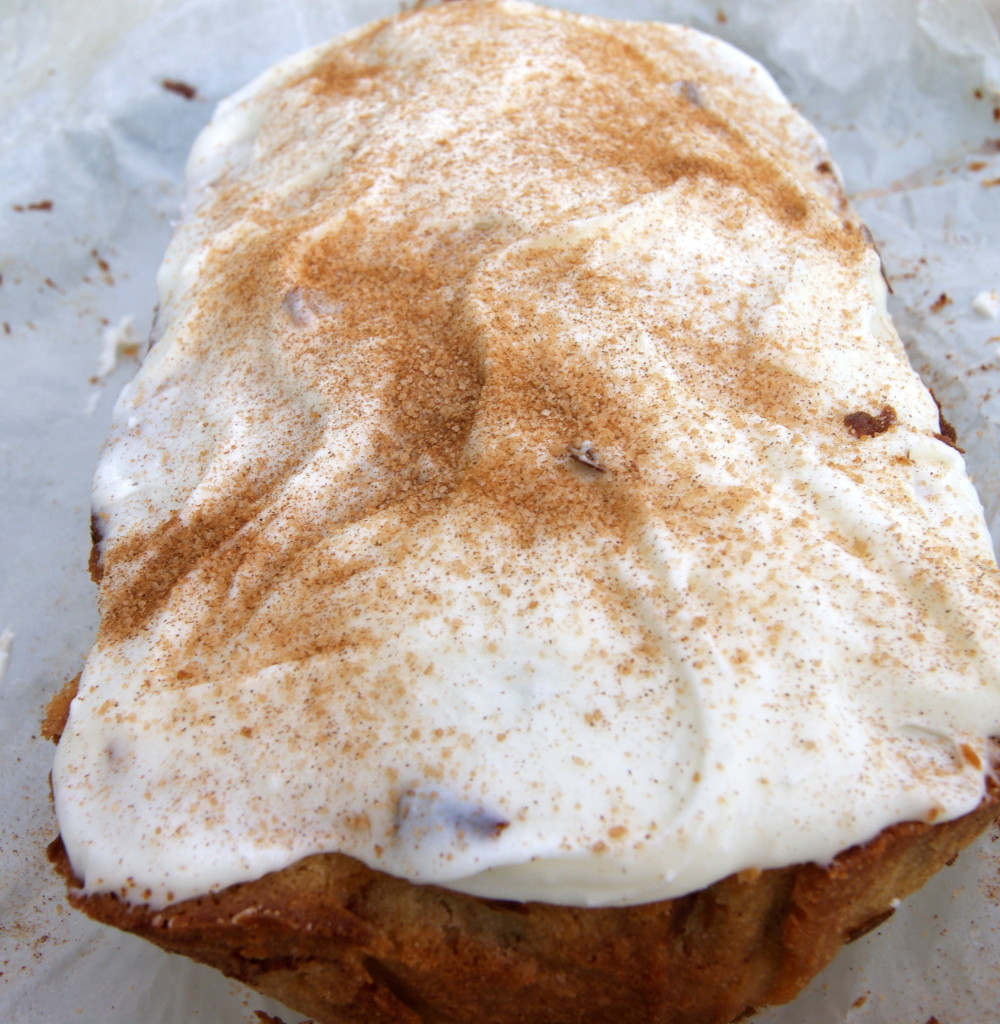 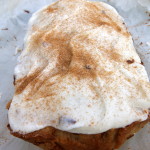